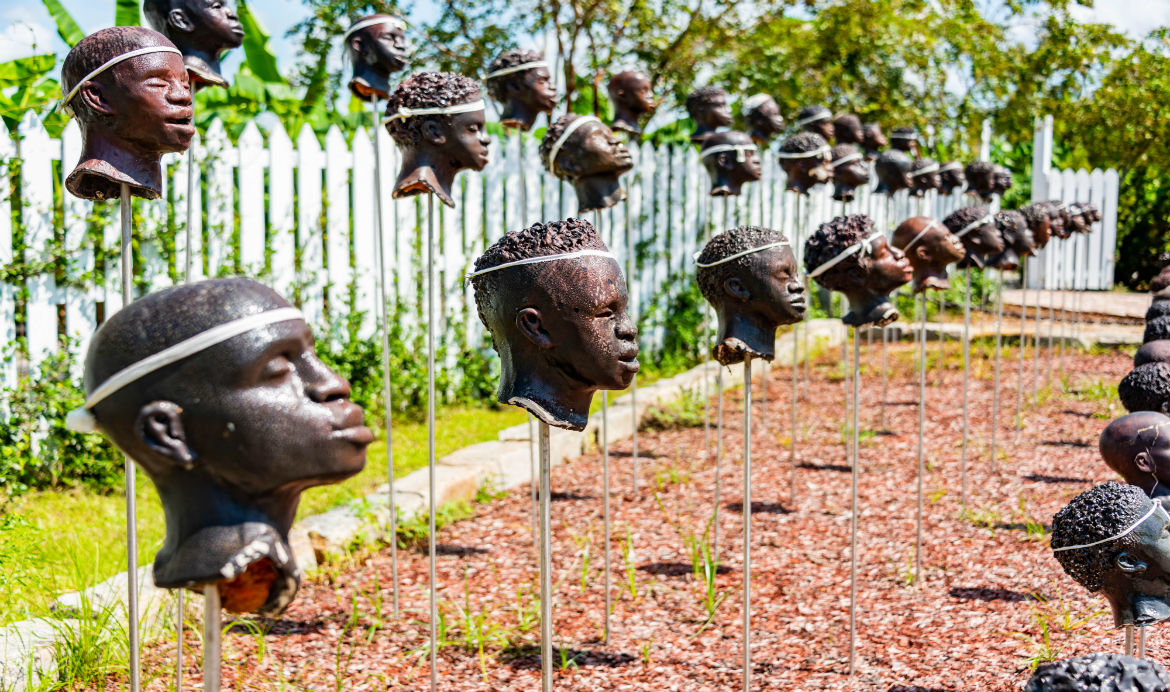 On January 8, 1811, at the plantation of Manuel Andry, now the 1811 Kid Ory Historic House, around 200 enslaved people started an uprising that became one of the largest slave revolts in U.S. history. Led by Charles Deslondes, an enslaved at the Andry plantation, the group of revolutionaries wounded Manuel Andry and killed his son before continuing down River Road toward New Orleans, adding to their numbers along the way and shouting “freedom or death” as they marched and fought for freedom against their oppressors.

As the revolt continued toward New Orleans, the group swelled to about 500 people who participated in the two-day march, burning buildings along the way and killing another plantation owner in their fight for justice. The rebel army gathered horses at Bernard Bernoudy’s plantation and were joined by escaped slaves living in the swamplands near Alexandre Labranche’s plantation. After an encounter with the military at Fortier Plantation near Kenner, Louisiana, the group was then forced to modern-day Norco, Louisiana, where a brutal battle ensued and the revolt ended. Along the way, some were able to escape, but most were captured or killed. On January 12, in the swamps behind Picou and Trouard plantations, Charles Deslondes was captured and killed in the early morning hours.

Following the revolt, three tribunals were held at Destrehan Plantation, where most surviving rebels were condemned to death. Some were beheaded with their heads staked on poles along the river for 60 miles in order to intimidate other enslaved people, and others were killed by hanging or a firing squad.

Though the 1811 Slave Revolt was unsuccessful, it signaled that change was taking place in the U.S. This was America’s First Freedom March, and the first large-scale revolt against slavery in the South. Today, the 1811 Slave Revolt Trail in Louisiana’s River Parishes commemorates this courageous act and offers a look into America’s long fight for freedom. Launched on January 8, 2021, the trail closely follows the original route taken by the participants. Visitors can follow the trail on bicycle or foot along the levee pathway, or take the River Road by car. The trail is about a 10-mile journey (a bit longer by car) between the 1811 Kid Ory House and Destrehan Plantation and takes you across the Bonnet Carre Spillway and through many small towns. The trail’s narrative reads from the perspective of Charles Deslondes, the revolt’s leader, and marked points along the way show where significant events of the revolt happened along the trail. At the end of the trail, visitors learn what happened to the escapees.

For a bit more context on the 1811 Slave Revolt, extended experiences aren’t far away. At Whitney Plantation, find additional details of the revolutionaries and their outcomes, plus a memorial for those whose heads were spiked on poles and set along the river to warn other potential rebels. At Historic Riverlands Church, just a few miles upriver from where the revolt began, learn more about the 2019 Slave Rebellion Reenactment, an artistic performance by Dread Scott which retraced the path of the 1811 Slave Revolt and utilized Historic Riverlands’ grounds for meetings, costume fittings, and rehearsals.