A Deep Dig Into Perique: One of the Rarest Tobaccos in the World

A Deep Dig Into Perique: One of the Rarest Tobaccos in the World 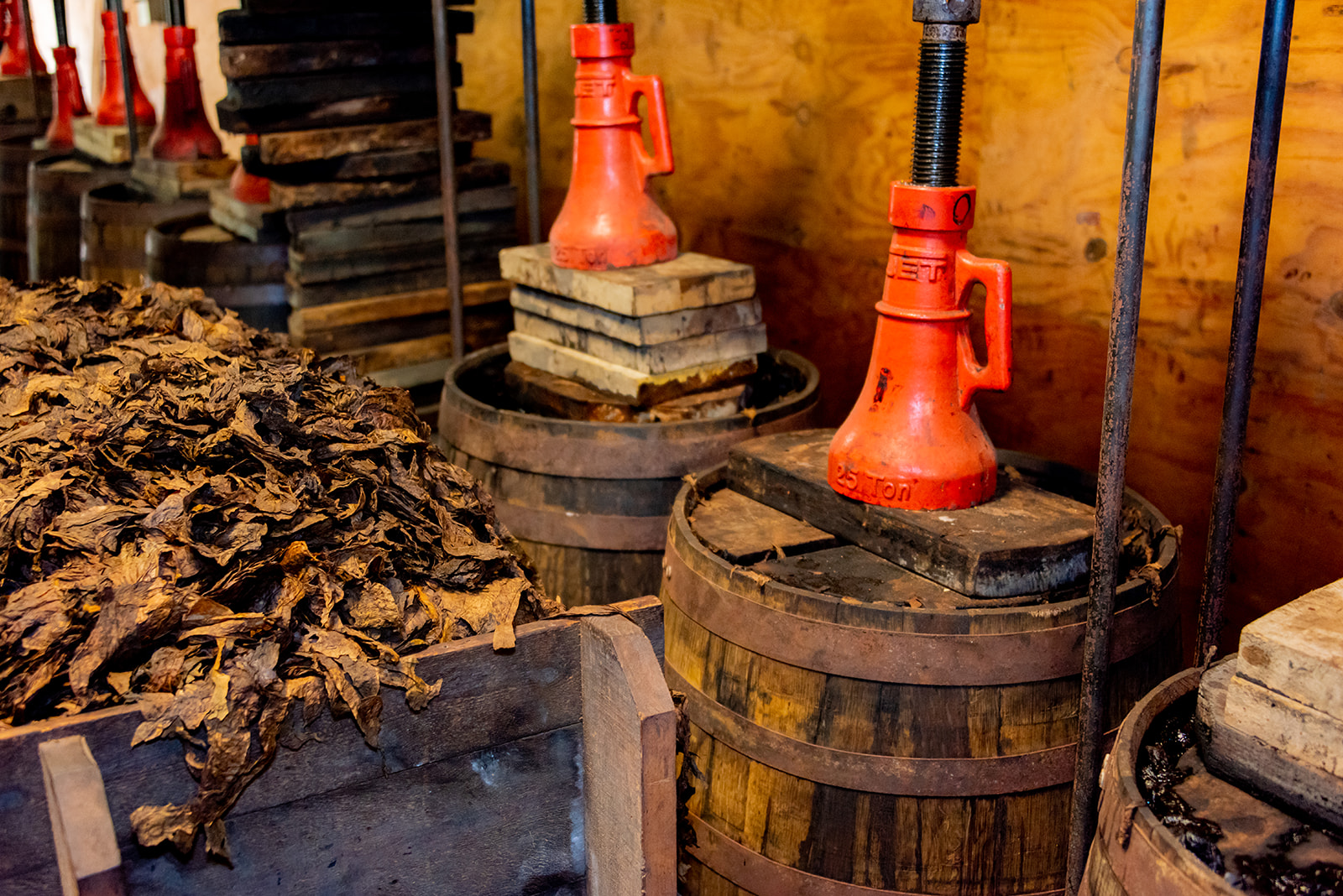 An almost-extinct tobacco now shines as one of Louisiana River Parishes’ most precious gems.

In St. James Parish, between the levee and the cane fields, a special tobacco with a rich history grows deep. The tobacco, known as perique, can only be found in St. James Parish, and is one of the rarest commercially grown tobaccos in the world.

Perique grows exclusively in St. James Parish because of breaks in the river levees that have enriched the sediment in the soil over the years. Today, there are only about 25 perique growers in St. James Parish, a small number in theory, but a rather welcome one when you consider the tobacco was once on the verge of extinction.

Historically, the Choctaws and Chickasaws of Louisiana are recognized as having fermented tobacco leaves in hollowed-out tree trunks more than 1,000 years ago. They would layer the tobacco leaves in the tree trunks, then lay heavy stones on top to start the fermentation process. This technique was acquired by Louisianan settlers in the 18th or 19th century and further developed. Pierre Chenet, an Acadian settler to the area in the early 1800s, adapted the process and began using wooden boxes for fermentation. In the 1900s, there were three processors of perique: the Roussels, who industrialized perique by fermenting it in whiskey barrels before stopping production around 1950; the Guglielmo’s, who closed up shop in the late ‘70s; and the Poches, who started in 1917. In 2005, Mark Ryan of Daughters and Ryan Tobacco in North Carolina purchased L.A. Poche Perique Tobacco in Convent, Louisiana from the Poche family. By this time, perique was pretty much nonexistent, and had been forgotten about by many. “After I bought the place, I went down the road to Jimmy’s Place to buy some po’boys for my workers. I mentioned the L.A. Poche perique factory, and the people there didn’t know what it was,” says Ryan. “And it was only a mile away.”

The decline in perique was due to its labor-intensive harvesting. During the hot summer months, workers use sugar cane knives to cut perique plants at the stalk. The stalks are then hung on a wire at the curing barn, where they’re air cured. Every single leaf has its stem removed by hand, then bundles of the leaves are tied together, put in whiskey barrels, and pressurized and fermented. “For the first few months, you can see bubbles and foam from fermentation,” notes Ryan.

The perique stays in the barrels for a minimum of a year before it’s ready to sell, and during that time in the barrel, the leaves are taken out at least three times and aired out and turned by hand before being returned and re-pressurized in the barrels. “It’s a long process, but that’s how you get those complex, spicy, rich flavors,” says Ryan.

You can find perique cigars available in numerous locations in Louisiana’s River Parishes, including at Matherne’s Supermarket on LA-3125 in Paulina, and at the annual Drew Estate Barn Smoker event held at L.A. Poche Perique Tobacco farm in Convent.